Madison - The Wisconsin Democracy Campaign today erected a "dirty laundry" display on the steps of the State Capitol depicting the ethical decline in Wisconsin politics.

The exhibit’s collection of messages about the state of affairs at the Capitol focuses on how Wisconsin’s political culture has changed, transforming a state once known for clean, open and progressive government to one wracked with political scandal serious enough to warrant criminal investigations and produce felony charges against top legislative leaders.

"This is Chuck Chvala’s laundry. And Scott Jensen’s. And Steve Foti’s and Brian Burke’s," WDC executive director Mike McCabe said of the display, referring to three current legislators indicted in the state’s corruption scandal and an indicted former lawmaker. "But it also belongs to John Gard and Mary Panzer and Steve Freese and Jim Doyle. Ultimately all of our elected officials and all of us citizens are responsible for allowing our proud tradition of clean government to be soiled. All of us should be ashamed when we look at what has become of Wisconsin politics."

Wisconsin citizens are acutely aware that the political process has been corrupted and they want the system cleaned up, McCabe said, citing a 2000 referendum where 90 percent of Wisconsin voters said they want campaign finance reform. The overwhelming vote of support for campaign reform has been ignored by state lawmakers who continue to stonewall reform legislation three years after the vote. 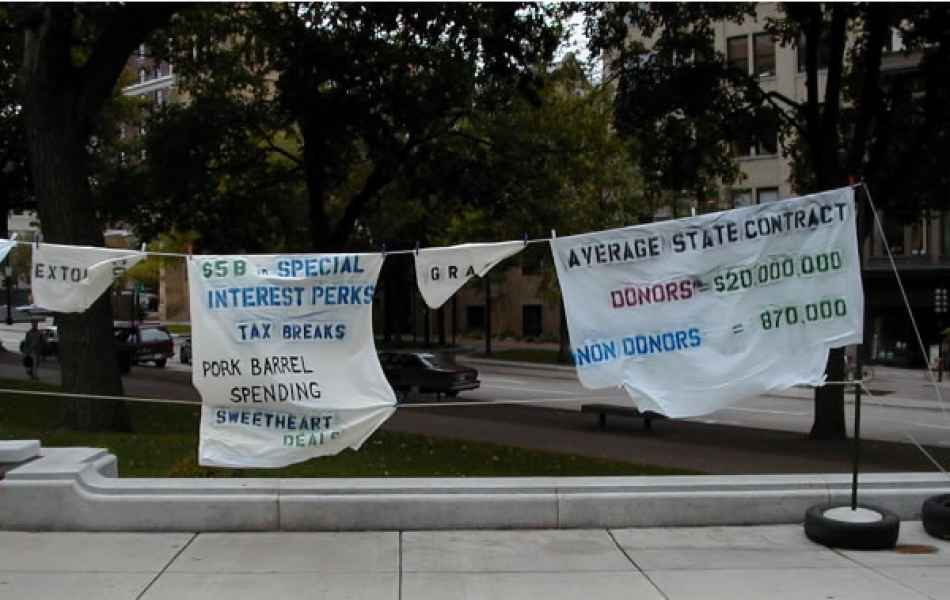 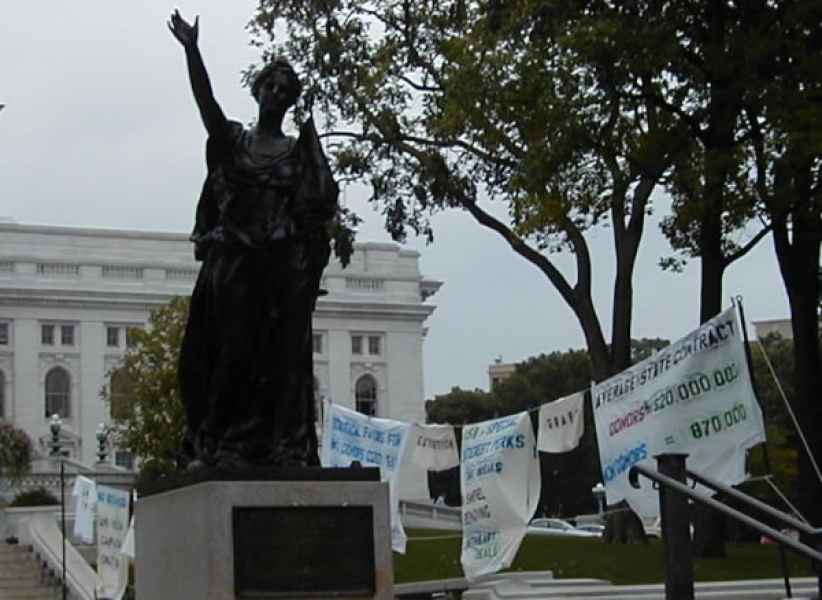 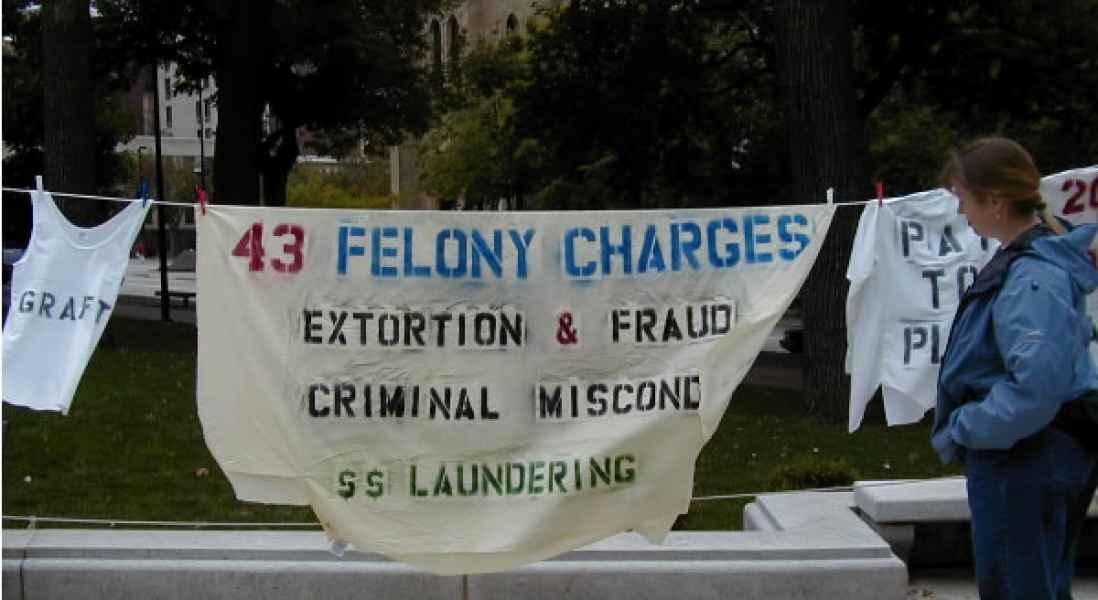