This commentary appeared in the July 5 edition of the Milwaukee Journal-Sentinel.

A few weeks ago, candidates for state legislative office filed their nomination papers and the required signatures for the upcoming August primary and November general elections here in Wisconsin. What is shocking is how many Assembly and Senate elections will offer no real choice of candidates to the citizens of Wisconsin who live in those districts.

Jay Heck
Common Cause
in Wisconsin

There are 99 seats in the Wisconsin Assembly. After the June 1 filings, more than one-third of all Wisconsinites will have no choice whatsoever when they vote for their state representative in November. Seventeen Republican and 17 Democratic candidates — 34 total — face no opponent at all. And in another six Assembly elections, incumbents or candidates of one major political party will face an opponent of a third party only. In the Senate, seven of the 16 contests this year will have only one candidate running for election or re-election this fall. No choice for the voters in those districts.

In addition, only 10 of the 99 Assembly districts in Wisconsin can be considered even remotely competitive between Republicans and Democrats and only two of the 16 Senate districts that have elections in 2016 fall in the competitive category.

How did our state, once described as the nation's foremost laboratory for democracy, become, instead, one of the nation's most prominent examples of how elections are rigged? The 2011 redistricting process here is considered to be one the most extreme examples of hyperpartisan gerrymandering in American history and the worst ever, in Wisconsin. It was secretive, expensive to taxpayers and reduced by more than 100% the number of state legislative districts where voters have a genuine choice in general elections. That process also may have been unconstitutional, and a three-judge federal court panel may decide very soon to send a case to the U.S. Supreme Court challenging the 2011 Wisconsin gerrymander. 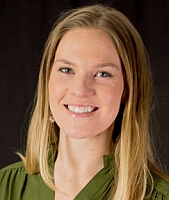 Elected representatives are less responsive to their constituents when they have no fear of being defeated in elections. And unfair voting maps cause a more partisan and polarized Legislature where there is little meeting of minds. Bipartisan compromise to benefit citizens, rather than politicians, just doesn't happen.

In Wisconsin, elected representatives choose who their constituents will be through gerrymandering. In a healthy democracy, constituents are supposed to choose their elected representatives. It doesn't have to be this way during the upcoming redistricting process in 2021. In Iowa, a non-partisan state agency redraws legislative and congressional district lines every 10 years following the decennial census, not partisan politicians. The results have been astonishing.

In Iowa, elections are more competitive, the Legislature is more responsive to its citizens, confidence in elections and state government is higher and citizens have real choices at the ballot box. We could have and need that in Wisconsin. Demand that candidates for the Wisconsin Legislature support fair voter maps. Like Iowa has. The very life of democracy depends on it.