Share:
The prosecutors who pursued Gov. Scott Walker and the Wisconsin Club for Growth are being vilified again by rightwing talk radio, but they actually deserve our thanks. John Doe Prosecutors Deserve Our Thanks 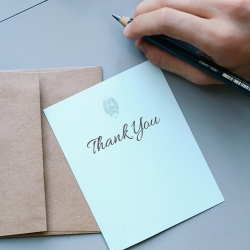 They were not only trying to prosecute what appeared to be a blatant violation of the campaign finance law that was on the books at the time. They were also standing up for transparency, accountability, and the quaint notion that we, as a democracy, ought to be able to impose some limits on what multimillionaires and corporations can donate to candidates, as well as require full disclosure of those donations so we can see whether those donors are getting something in return for their largesse.

Ultimately, the prosecutors were stymied by the brazen tactics of those they were investigating and by a crooked Wisconsin Supreme Court and a reluctant U.S. Supreme Court.

But before we close the book on John Doe II, we who believe in transparency and accountability and the equal application of the law owe these prosecutors a debt of gratitude:

And Kevin Kennedy, the former head of the Government Accountability Board, also deserves praise for working with prosecutors when he saw credible allegations of illegal campaign finance dodges.

It has not been easy on these public officials.

“My career in the military and as a federal prosecutor fighting violent criminals and terrorists did not fully prepare me for the tactics employed by these special interest groups,” Schmitz, a former colonel in the U.S. Army who later prosecuted terrorists, said last year. Schmitz was fired by the Wisconsin Supreme Court for no valid reason.

Chisholm faced a reelection challenge that seemed to be spurred on by his role in the John Doe investigations. And Eric O’Keefe, head of Wisconsin Club for Growth, has now vowed to do everything in his power to run Chisholm out of office. Meanwhile, the MacIver Institute has filed a class-action lawsuit against Chisholm, Schmitz, and Kennedy.

Earlier this year, Nelson lost his bid to become an Iowa County Circuit Court judge, and O’Keefe took partial credit for that and continues to hound Nelson.

Kennedy faced a fusillade of outrageous attacks by Speaker Robin Vos and other Republican legislators, who ended up tearing up the Government Accountability Board.

Only Ozanne has escaped relatively unscathed.

It is worth listening to these prosecutors give their final arguments in this case—one that will leave an indelible stain on Wisconsin’s reputation for clean and open government.

“It is disturbing that the Wisconsin Supreme Court decision will stand,” said Schmitz. “As a result of that decision and subsequent action by the legislature, a wealthy corporation or individual can make an anonymous and disguised political contribution through certain groups. The public will never know if those donations influenced the decisions of elected officials.  Meanwhile, the average Wisconsin citizen, whatever their political affiliation might be, must disclose personal information when making a modest political contribution so the candidate can report it as required by law.”

“The state supreme court decision, left intact by today’s order, prohibits Wisconsin citizens from enacting laws requiring the full disclosure of disguised contributions to a candidate, i.e., monies expended by third parties at the direction of a candidate for the benefit of that candidate’s election,” they said in a joint statement on Monday. “We are proud to have taken this fight as far as the law would allow and we look forward to the day when Wisconsin adopts a more enlightened view of the need for transparency in campaign finance.”