Share:
Campers who suffer injuries or property damage during their vacation or weekend getaway would have a more difficult time suing private campgrounds under bills introduced by GOP lawmakers and backed by the state's most influential business group. Legislative Proposal Would Make It More Difficult to Sue Private Campgrounds 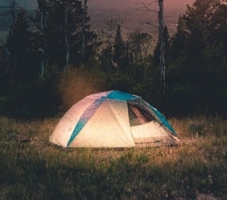 Campers who suffer injuries or property damage during their vacation or weekend getaway would have a more difficult time suing private campgrounds under bills introduced by GOP lawmakers and backed by the state’s most influential business group.

The measures, Assembly Bill 174 and Senate Bill 131, would make campground owners and employees immune from civil liability when customers are killed or injured or when their property is damaged, unless the victim can prove the campground intentionally caused the incident or was negligent.

The measures are backed by Wisconsin Manufacturers & Commerce WMC, which spent an estimated $26 million on outside electioneering activities between 2006 and 2014 to elect Republican and conservative candidates to legislative and statewide offices. The group’s 3,800-plus members hail from more than a dozen special interest groups, including business, manufacturers, construction, agriculture, tourism, transportation, energy, banking, real estate, legal, natural resources, road builder, health care, telecommunications and insurance interests.

In addition to WMC’s outside spending to help elect Republican lawmakers, the special interests represented by WMC directly contributed $10.3 million between January 2011 and Oct. 20, 2014 to Assembly Republicans and Senate Republicans who control the legislature.

The bill’s authors, Sen. Devin LeMahieu of Oostburg and Rep. Joel Kitchens of Sturgeon Bay, were both elected in 2014 and have accepted substantial campaign contributions from WMC-represented special interests. LeMahieu received $161,335, or 70 percent of his large individual and political action committee contributions between January 2012 and Oct. 20, 2014, from special interests represented by WMC, and Kitchens accepted $76,529, or 60 percent of his large individual and PAC contributions from those interests between January and Oct. 20, 2014.

The top contributors from these special interest groups gave LeMahieu $2,000. They were:

Louis Gentine, of Elkhart Lake, a Sargento executive, and his wife, Michele;

Richard Leonhard, of Sheboygan, a Viking Packaging Technologies executive, and his wife, Julie;

Patrick Michels, of Brownsville, president of Michels Corp., and his wife, Marysue, an employee of Rob’s Riverwood Salon & Spa;

Richard DeVos, of Grand Rapids, Mich., president of Alticor, and his wife, Betsy, chairman of Windquest;

Thomas and Connie Schuette, of Wausau, owners of Wausau Homes;

Terry and Mary Kohler, of Sheboygan, owners of Windway Capital.

In addition to their business interests, the DeVoses are among numerous millionaire and billionaire backers of school voucher programs in Wisconsin and nationwide, and the Kohlers are longtime contributors to state and federal Republican candidates and conservative causes across the country.

The top contributors from special interest groups represented by WMC gave Kitchens $1,000. They were the DeVoses; John and Polly Alberts, of Brussels, owners of Alberts Plastering; and John Asher, of Sturgeon Bay, president of Roen Salvage.