Share:
Republican legislators raised about one-third more per capita than Democratic lawmakers during the first six months of 2015 and had 75 percent more money in their campaign accounts as of June 30, according to a Wisconsin Democracy Campaign review of recently filed campaign finance reports. Republican Lawmakers Smoke Dems in Fundraising 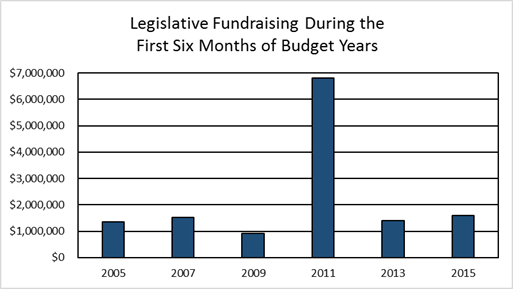 Most of the contributions to legislative committees in the first half of 2015 were raised by only four committees that are used by Republican and Democratic Senate and Assembly leaders to tap wealthy special interests for campaign cash to spend on elections. The committees, which were the top legislative fundraisers (Table 2), raised nearly $811,000 while personal legislative campaign committees accepted about $781,000.

See the links below to find out how much your legislator raised during the first six months of 2015.