Share:
Legislative proposals backed by big business, lawyers, utilities and the insurance industry at the expense of consumers, workers and local control are among the bills the state Assembly is scheduled to act on today. Assembly Plans Action on Bills Favored by Special Interest Contributors 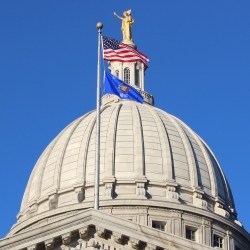 AB223, which reduces the time limit from six years to three years for insurance claims from injuries and property damage in auto accidents;

Senate Bill 286, which reduces the liability that dog owners and their insurance companies are responsible for when pets injure people or damage property;

AB117, which changes the quality and quantity of information – known as pleadings requirements – which consumers are entitled to in lawsuits brought by debt collectors.

All of the bills are likely to pass because they were sponsored by Republicans, who control the Assembly by a 63-36 margin, and be sent on the Senate, which is also controlled 19-14 by GOP lawmakers. No Democratic lawmakers have signed on to any of the bills.

AB223 is backed by the insurance industry, which contributed about $847,000 between January 2011 and June 2015 to current Republican legislators. Top recipients of insurance industry campaign contributions were the Committee to Elect a Republican Senate (CERS), $80,517, the Republican Assembly Campaign Committee (RACC), $72,600, and Sen. Alberta Darling, of River Hills, co-chair of the budget-writing Joint Finance Committee, $52,750. The two legislative committees are used by Senate and Assembly GOP leaders to milk special interests for campaign cash to help elect Republican legislative candidates.

SB286 is supported by insurers, trial lawyers and WMC. All told these interests contributed about $11.8 million to current GOP lawmakers between January 2011 and June 2015.