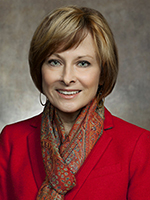 The bill, called “The Sunshine on Campaigns,” was introduced by Representative Terese Berceau (D-Madison) of the 77th District.

“This is a visionary and much-needed reform,” says Matt Rothschild, the executive director of the Wisconsin Democracy Campaign.

“It reimposes a $10,000 yearly limit on the amount that any person can contribute to a political party,” Rothschild said. There is no limit today. “Our elections should not be arm-wrestling matches between billionaire Republicans on one side of the table and billionaire Democrats on the other.”

“It establishes a $10,000 yearly limit on the amount that any person can give to a group or committee that engages in electioneering within 60 days of Election Day,” Rothschild said. “In the Republican bill, the sky is the limit.”

“It prohibits corporations from giving to political parties, which the Republican bill allows for the first time,” Rothschild said.

“It gets rid of the loophole that allowed for unlimited contributions during the recalls, a loophole that Scott Walker’s multimillionaire friends drove their Brinks Trucks through,” Rothschild said.

“And most of all, it flashes a spotlight on the dark money that is threatening to drown our democracy,” Rothschild said. “It would require those groups that splatter our TVs with mud at Election Time to disclose who is funding them. We have a right to know who is trying to buy our elections. We have a right to know which politicians are in their pocket. Otherwise we are mere spectators in the electoral arena—and blindfolded spectators, at that.”

And Rothschild noted that Rep. Berceau’s bill retains crucial language in the old statute that Republicans are deleting, language that states: “Our democratic system of government can maintained only if the electorate is informed,” and, “Excessive spending on campaigns for public office jeopardizes the integrity of elections.”

Rothschild recognized that the odds of this bill passing in this session are slim but that the bill was an important advance anyway. “Sometimes it’s important just to lay down a marker of what a better campaign finance system looks like,” Rothschild said. “At some point, and I imagine that point will be soon, the citizens of Wisconsin will demand that they – and not big money –should determine who their elected officials are so that we get policies that improve all our lives, and not just those at the top.”