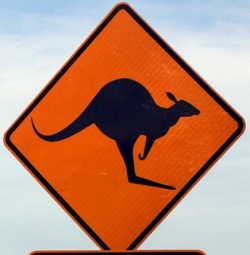 The Wisconsin Democracy Campaign strongly condemns the recent actions of the Wisconsin State Supreme Court in the John Doe II cases. The John Doe II prosecution revolved around credible evidence that Scott Walker or his campaign illegally coordinated with outside groups during the recalls of 2011 and 2012.

“This is a corrupt, rigged, and renegade court,” said Matt Rothschild, the executive director of the Wisconsin Democracy Campaign. “It’s an embarrassment to the state, and it’s a joke on the justice system.”

“It’s corrupt and rigged because the four conservative justices in the majority benefitted from $8 million in electioneering expenditures by some of the very groups that the John Doe II prosecutor was investigating,” said Rothschild. “At least two of the justices should have recused themselves from the case.”

“This was like Nixon’s Saturday Night Massacre, when the president dismissed Special Watergate Prosecutor Archibald Cox in 1973,” said Rothschild. “Like Nixon, the rightwing justices on the Wisconsin Supreme Court were just fed up with dealing with an assertive prosecutor who was raising embarrassing and difficult questions, so they canned him. And by canning him, they made it much more difficult to appeal the State Supreme Court’s own decisions in the case to the U.S. Supreme Court.”

“The Court’s own process in issuing this order was outrageous,” Rothschild added. “The conservative majority didn’t even have the courtesy to allow Justice Abrahamson, by her own account, ‘any opportunity to provide input on the order.’ ”

He explained: In its July 16, 2015, decision ordering an end to the John Doe II case, the Wisconsin State Supreme Court went 180 degrees further than the U.S. Supreme Court. The state court said that the First Amendment prohibits a ban on coordination between candidates and issue advocacy groups. But four decades of Supreme Court decisions, dating back to Buckley v. Valeo in 1976 and right on through Citizens United of 2010, have been predicated on there being no coordination between candidates and outside groups.

Only the lack of coordination reduces the risk of corruption, the Court stressed in Buckley. “The absence of prearrangement and coordination of an expenditure with the candidate or his agent . . . alleviates the danger that expenditures will be given as a quid pro quo for improper commitments from the candidates.”

Even in its infamous Citizens United decision, which allowed independent groups to spend unlimited amounts of money, the U.S Supreme Court stressed that such groups had to be independent; they couldn’t coordinate with their favored candidates: “By definition, an independent expenditure is political speech presented to the electorate that is not coordinated with a candidate.”

But the Wisconsin State Supreme Court simply chose to ignore that definition and rule whatever way it wanted.

“This is no way for any court to operate – unless it’s in a Bertolt Brecht play or a Lewis Carroll story,” said Rothschild.