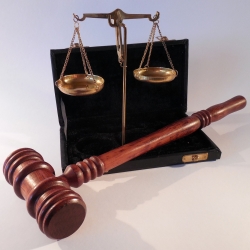 This means that they can now appeal the horrendous decision by the Wisconsin Supreme Court on July 16, which it reaffirmed on December 2, to the U.S. Supreme Court.

In that decision, the Wisconsin Supreme Court shut down the John Doe II investigation and made the unsupported and unsustainable assertion that the First Amendment of the U.S. Constitution prohibits Wisconsin from banning coordination between candidates and so-called issue advocacy groups.

It is precisely on this ground that the three district attorneys should rest their appeal to the U.S. Supreme Court. And the outcome of their appeal could have crucial consequences not only for Wisconsin but for the whole country.

The landmark U.S. Supreme Court decisions on campaign finance, dating back to Buckley v. Valeo in 1976 and right on through Citizens United of 2010, have been predicated on there being no coordination between candidates and outside groups.

Only the lack of coordination reduces the risk of corruption, the Court stressed in Buckley. “The absence of prearrangement and coordination of an expenditure with the candidate or his agent . . . alleviates the danger that expenditures will be given as a quid pro quo for improper commitments from the candidates.”

Even in its infamous Citizens United decision, which allowed independent groups to spend unlimited amounts of money, the U.S Supreme Court stressed that such groups had to be independent; they couldn’t coordinate with their favored candidates: “By definition, an independent expenditure is political speech presented to the electorate that is not coordinated with a candidate.”

So, on what authority did the Wisconsin Supreme Court do a 180 and say that the state had to allow coordination between candidates and issue advocacy groups?

Because if the Wisconsin Supreme Court ruling is allowed to stand, it would rip to shred those principles. Allowing candidates to coordinate with issue advocacy groups would render meaningless any campaign donation limits.

Here’s an example. In Wisconsin, the most a donor can give to a candidate for governor is $20,000 and the candidate has to disclose that amount. But say you’re running for governor now: You could tell your billionaire friend to give $20 million to an issue advocacy group, and then you could tell that group what ads to run with that money. It would be just as if your billionaire friend gave your campaign the money directly; it would have the same effect, even though it’s 1,000 times the amount he’s allowed to give you under the law. And the kicker is, no one would ever know about it because the issue advocacy group doesn’t have to disclose where its money is coming from.

If you thought “dark money” was a problem before this decision by the Wisconsin Supreme Court, it will really be a disaster now, if this decision is allowed to stand.

That is why it is so vital for our democracy that the courageous district attorneys—Ismael Ozanne of Dane County, Larry Nelson of Iowa County, and John Chisholm of Milwaukee County—have their day in the U.S. Supreme Court.