Share:
The largest source of money for Republican Gov. Scott Walker's gubernatorial fundraising committee during the last half of 2015 was his short-lived presidential campaign. Walker’s Run for President Fed His Governor’s War Chest 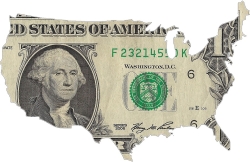 The largest source of money for Republican Gov. Scott Walker’s gubernatorial fundraising committee during the last half of 2015 was his short-lived presidential campaign.

Walker’s latest state campaign finance report shows the governor’s federal presidential campaign committee, Scott Walker Inc., paid his state gubernatorial committee about $119,700 for equipment, records, lists and other assets. The purchases were made in seven transactions that occurred in July, August and September. Walker officially kicked off his presidential campaign on July 13 and suspended it on Sept. 21.

Walker’s next election, if he chooses to run for a third, four-year term, is in November 2018.

Walker received 39 individual contributions of $1,000 or more during the last half of 2015, and only six of those contributions came from Wisconsin.

Walker’s top individual contributions during the last six months of 2015 were $5,000 each from David W. Grainger, of Lake Forest, Ill., chairman of W.W. Grainger, an industrial supplies, tools and equipment distributor; Carl Ruedebusch, of Madison, president of RDC National, a commercial real estate company; and Martha L. Smith, a retiree in Fairburn, Ga.

In addition to individual contributions, Walker also received one political action committee (PAC) contribution between July and December 2015 – $5,000 from the Humana PAC in Washington, D.C.