Share:
Agriculture interests and the state’s largest business group are pressuring the GOP-led Senate to pass a bill next week that would loosen rules on controversial high-capacity wells. WMC, Big Ag Pressure Senate on High-Capacity Wells 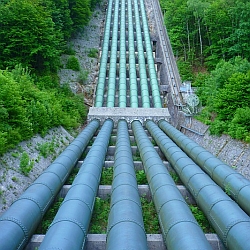 Agriculture interests and the state’s largest business group are pressuring the GOP-led Senate to pass a bill next week that would loosen rules on controversial high-capacity wells.

The measure, Assembly Bill 874, was approved by the Assembly last month before it adjourned for the rest of the year. The Senate plans to be in session on Tuesday for the final time in 2016. Any bills passed by the Assembly and sent to the Senate that fail to get approval Tuesday would need to be reintroduced next year when a newly elected legislature takes charge.

The bill would allow current high-capacity well owners to repair, replace, move or transfer their wells in a property sale without state review and approval. New high-capacity wells will continue to need state approval, under the bill.

Current state law requires Department of Natural Resources (DNR) approval before a high-capacity well can be built or operated. By definition, high-capacity wells pump 100,000 gallons or more of water per day, a rate that environmentalists and other critics say can deplete groundwater, rivers, lakes and streams.

The agriculture industry and Wisconsin Manufacturers & Commerce, the state’s most influential business group, are pushing the bill because food processors and large-scale vegetable growers and livestock operations, often called factory farms, are among the top users of high-capacity wells.

And factory farm owners are among the largest individual contributors in the agriculture industry to Republican Gov. Scott Walker, who supports AB874, and Republicans who control the Assembly and Senate by comfortable margins.

Most of the Milk Source contributions to Walker and current legislators between January 2010 and June 2015 were from its owners, including $61,200 from John and Keri Vosters, of Freedom; $47,600 from Todd Willer, of Freedom; and $38,250 from James Ostrom, of De Pere.

In addition to the bill, Assembly Republicans last month asked GOP Attorney General Brad Schimel to issue a legal opinion on whether the DNR has the authority to regulate or monitor well construction and placement. The bill would no longer be needed if Schimel opines that the DNR does not have the authority to regulate or monitor the controversial wells. The agriculture industry spent about $36,000 on outside electioneering activities to help Schimel win his 2014 election.

And on top of outside help and direct contributions from the agriculture industry, WMC has spent $25.9 million between 2006 and 2014 to support pro-business conservative and Republican candidates for governor, attorney general, Supreme Court and the legislature.