Share:
Today is World Water Day, a United Nations designation to celebrate the importance of water in our daily lives and the working world. Wisconsin All Wet on World Water Day 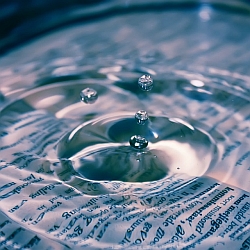 Today is World Water Day, a United Nations designation to celebrate the importance of water in our daily lives and the working world.

But just in the past year, the GOP-led Wisconsin Legislature, at the behest of mainly agriculture, construction and real estate interests, has approved numerous bills to relax or prohibit state and local efforts to regulate, safeguard or even monitor the state’s lakes, rivers, and streams. Between January 2011 and December 2015, those special interests contributed about $2.7 million to Republican legislators and nearly $9 million to Republican Gov. Scott Walker.

Here are a few of those controversial measures:

Assembly Bill 603, which creates new standards for placing structures along the shores of lakes and rivers, and prohibits counties from using zoning ordinances to regulate or restrict shoreline construction projects, like boathouses and fishing rafts, among others. The measure, which was backed by agriculture, construction and real estate interests, was signed into law by Walker.

The 2015-17 state budget, which was approved by the legislature and signed by Walker last summer, prohibits Dane County from making wastewater, sewage and other water quality decisions. Instead, the Department of Natural Resources is in charge of water quality decisions for Dane County. The DNR is required to base its decisions on water quality standards outlined in state law, rather than stricter local standards, and to make decisions on applications to revise the plan for new real estate developments within 90 days. The DNR is also banned from working with the county or its other local governments on the water quality plan or changes to it. The non-fiscal measure was tucked into the budget and passed at the request of developers.

The 2015-17 state budget, which prohibits counties from adopting zoning rules stricter than state law when it comes to what shoreline property owners can do with their property. Zoning rules govern how close structures can be to water, lot sizes, building maintenance, and vegetation, among other things, in order to protect water quality in streams, rivers, and lakes. The plan strips at least 20 counties of their right to have zoning and shoreland protection rules stricter than state law. The non-spending measure was inserted into the budget with the backing of construction and real estate interests.

Senate Bill 459, which loosens state regulations and restricts local control involving waterways and the land around them, dry lake beds, wetlands, storm water control systems and other man-made ditches, and rules governing the repair of piers and boathouses. The measure, which was approved by the legislature and sent to Walker, is backed by agriculture, construction, real estate, and business interests.