Share:
A bill that loosens state regulations on what individuals and businesses can do on their waterfront property and adjacent waterways and wetlands was signed into law by Republican Gov. Scott Walker. Walker Loosens More Rules for Waterfront Property Owners 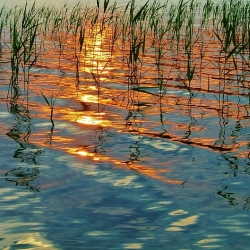 The measure, SB459, was signed Tuesday by the governor after being approved earlier this year on a party-line vote by the GOP-controlled legislature.

The measure was supported by business and manufacturing, agriculture, construction, real estate and local government groups led by Wisconsin Manufacturers & Commerce, the state’s largest business organization. The dozen-plus wealthy special interests represented by WMC and the other lobbying groups contributed about $32.2 million to Walker between January 2011 and December 2015, which was pivotal in helping him win his 2012 recall and 2014 reelection contests.

Top contributors to Walker from those industries include Diane Hendricks, of Afton, Wis., the billionaire owner of ABC Supply, $529,100; the late Houston, Tex. homebuilder, Bob Perry, $500,000; and Richard and Elizabeth Uihlein, of Lake Forest, Ill., owners of Uline, a shipping supply distributor, $284,500.

In addition to direct contributions, WMC has spent an estimated $25.9 million to support Republican and conservative candidates for statewide office and the legislature since 2006, including an estimated $9.5 million to help elect Walker. Americans for Prosperity, a rightwing electioneering group created and funded by  billionaire brothers Charles and David Koch, praised the measure.  Americans for Prosperity has spent more than $5.6 million since January 2010 on electioneering activities to support Wisconsin candidates for legislative and statewide elections, including an estimated $3.7 million to help Walker win his 2012 recall.