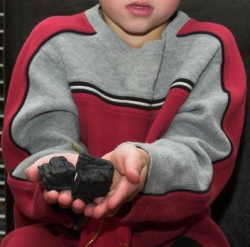 A state agency has resurrected a controversial plan that would reduce child support payments by wealthy parents going through a divorce.

The plan proposed by the Department of Children and Families was scheduled for a public hearing on Tuesday before the Assembly Committee on Children Families.

The proposed change, which was recommended to the agency by a study committee, would create a sliding scale to reduce the percentage of income between $300,000 and $500,000 that would be paid, ranging from 10 percent to 5 percent, respectively, for one child. For five or more children, the scale would range from 20 percent to 10 percent. A judge would determine the percentage of income to be paid in child support for parents who earn more than $500,000 annually under the agency’s plan.

The latest effort to reduce child support paid by the wealthy follows unsuccessful legislation introduced in 2013 by GOP Rep. Joel Kleefisch, of Oconomowoc, that would have prohibited courts from using parental income above $150,000 to determine child support payments.

The measure drew fire after it was learned a wealthy divorced donor, Michael Eisenga , helped write the legislation, and that it would have reduced his child support payments. At the time, campaign finance records showed Eisenga and his former wife gave $43,625 between 2001 and 2013 to Republican candidates for statewide office and the legislature, including $19,500 to GOP Gov. Scott Walker and $11,000 to Kleefisch and his wife, Rebecca, who is Walker’s lieutenant governor.