GOP lawmakers are circulating a proposal that would allow state rules governing public health, consumer protection, and the environment, among other things, to expire after seven years.

The proposal was applauded by two powerful business groups and a secretive rightwing electioneering group. These groups have spent millions of dollars in recent years to elect Republican Gov. Scott Walker and GOP lawmakers who comfortably control the legislature.

Introduced as Senate Bill 295 and Assembly Bill 384, the bills are sponsored by Sen. Alberta Darling, of River Hills, and Assembly Majority Leader Jim Steineke, of Kaukauna. They would require state agencies to tell the legislature which state rules they want to retain a year before they expire. Legislators on certain committees tied to the subject matter that the rules govern would be able to object to the agency’s request to extend the rule. Regulations would then have to be changed and reapproved by the legislature to continue.

Currently, state rules and regulations are permanent unless they are repealed by the agency or challenged by the legislature’s administrative rules committee.

Democrats claim the Republican proposal would create more red tape for state agencies than it would cut, and that the bill would do more to get rid of state regulations that wealthy special interest contributors dislike than it would do to benefit Wisconsin residents and businesses.

The bill is backed by Wisconsin Manufacturers & Commerce (WMC), the state’s largest business group, the Metropolitan Milwaukee Association of Commerce, and Americans for Prosperity, a rightwing group founded and funded by billionaire brothers Charles and David Koch. 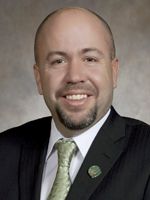 WMC secretly raised and spent an estimated $18.6 million between January 2010 and December 2016 on outside electioneering activities to support Republican and conservative legislative and statewide candidates.

During the same time, Americans for Prosperity spent an estimated $5.7 million to help elect conservatives and Republicans for statewide office and the legislature.

The Metropolitan Milwaukee Association of Commerce contributed more than $1.7 million to two outside electioneering groups, known as 527 organizations, that helped elect Walker and GOP legislative candidates between January 2010 and December 2016. 527 groups are loosely regulated by the U.S. Internal Revenue, but may raise and spend unlimited amount of money from any source on state and federal elections.

In addition to its 527 contributions, the Milwaukee business group’s political action committee doled out about $68,885 – all to Republican legislative and statewide candidates between January 2010 and December 2016.