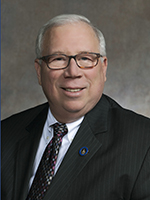 The measure, Senate Bill 293, would also require background checks for voucher school teachers and prohibit a private school from employing any individual who would be ineligible for a teaching license because of their criminal history.

Proponents of the bill say it would standardize operational and other requirements for the state’s four voucher school programs. But some Democrats and other opponents of the bill say that more, not less, regulation is needed for the state’s voucher programs. School vouchers, which provide state tax dollars to allow pupils to attend private and religious schools, are generally supported by Republicans as an alternative to state-funded public schools, and opposed by most Democrats, who claim voucher programs are ineffective, unaccountable, and reduce resources for public education.

The bipartisan bill was sponsored by GOP Sen. Luther Olsen, of Ripon, and Rep. Joel Kitchens, of Sturgeon Bay. It has drawn support from the Metropolitan Milwaukee Association of Commerce and the American Federation for Children, among others.

The Milwaukee chamber and the American Federation for Children are big spenders on outside electioneering activities in support of mostly GOP legislative and statewide candidates. 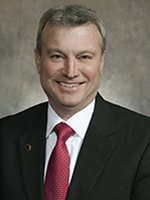 Special interest outside election spending by American Federation for Children, founded by President Trump’s education secretary, Betsy DeVos, totaled about $6.4 million between January 2010 and December 2016. Nearly all of the contributions and outside election spending was on behalf of Republican legislative and statewide candidates. In addition, campaign contributions by mostly out-of-state millionaires and billionaires who are voucher supporters totaled about $2.1 million between January 2010 and December 2016.

Topping the list of pro-voucher contributors to legislative and statewide candidates in Wisconsin since January 2010 were Robert and Patricia Kern, of Waukesha, founders of Generac Corp., about $283,000; Foster and Lynnette Friess, of Jackson, Wyo., owners of Friess Associates, $162,200; and Dennis Kuester, of Milwaukee, retired chairman of M&I Bank, and his wife, Sandy, $126,400.

The Milwaukee chamber has doled out more than $2.1 million for outside electioneering activities and direct contributions to candidates between January 2010 and December 2016. More than $2 million went to support Republican legislative and statewide candidates and about $58,500 went to support Democratic candidates.

Topping the list of direct political action committee and conduit contributions from the Milwaukee chamber between January 2010 and December 2016 was Walker, $30,675; GOP Sen. Alberta Darling, of River Hills, $21,250; and the Republican Assembly Campaign Committee, $14,000.