Share:
About 700 trade and ideological groups, unions and businesses spent more than $18.8 million lobbying state government during the first six months of 2017. WMC Tops Lobbying Groups in the First Six Months of 2017 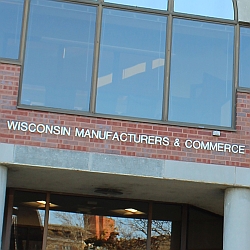 The top-spending lobbying group between January and June was Wisconsin Manufacturers & Commerce (WMC), the state’s largest business organization, which doled out about $407,800 to lobby about 2,800 hours. The group is a political heavyweight when it comes to influence on state spending and policy, as well as election spending in legislative and statewide races.

During the first six months of 2015, which is the most recent, comparable six-month period, special interests spent $18.5 million and 123,735 hours lobbying state government – roughly the same as this period.

In the first half of 2017, special interests spent about 25 percent of their time lobbying on the proposed 2017-19 state budget, which is about two months late because majority Republicans who control the Senate and Assembly cannot agree on how to handle transportation funding, among other issues.

The top non-budget legislative proposals and the number of hours that lobbying groups spent on them were:

Assembly Bill 260, which would allow chiropractors to perform physical exams on student athletes, about 550 hours;

Assembly Bill 277, which would eliminate the state’s personal property tax, about 500 hours;

Senate Bill 76, which loosens state permitting and oversight of controversial high-capacity wells, about 420 hours. This measure was approved by the legislature and signed into law by the governor in June.