Share:
The decision this week by the DNR’s policy board to open up a huge forest up north to all-terrain vehicles is a victory for Polaris, the Wisconsin ATV/UTV Association (WATVA), and all-terrain-vehicle enthusiasts. Polaris, ATV Association Win in State Forest Plan 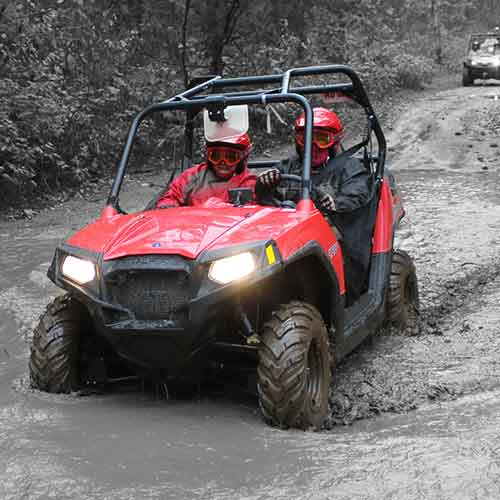 The board approved a plan for 202 miles of routes for all-terrain vehicles through the Northern Highland-American Legion State Forest near Minocqua. It spans Iron, Vilas, and Oneida counties, and at least in Vilas County, the board there has repeatedly voted down the opening up of the forest to ATV drivers.

“The company has spent money in the Wisconsin state Capitol as well, reporting expenditures of $412,193 to lobby state government officials since 2009,” according to a recent article by Steven Verburg in the Wisconsin State Journal.

The company’s lobbyist, Forbes McIntosh, the president of Government Policy Solutions, has donated about $73,500 to current legislators and legislative campaign committees since 2009. He gave $33,000 to the two Republican legislative campaign committees, and $24,050 to the two Democratic ones. (It should be noted that he and his company have other clients than just Polaris.)

WATVA calls itself “the nation’s leading organization for ATVing and UTVing.” Its president, Randy Harden, of Sheboygan, gave Walker $817.75 between 2009 and 2017. Harden is a big advocate for opening up the forest, as he explained earlier this week on Wisconsin Public Radio (on the second half of the show).

Nature lovers, some deer hunters, friends of wildlife, and people who live near the forests and who aren’t ATV enthusiasts are concerned that this decision by the DNR will disrupt wildlife and destroy the tranquility and ecology of the giant forest.

Under the Walker administration and the Republican-dominated legislature, the ATV lobby previously succeeded in lowering the age restriction for operating utility terrain vehicles (UTV) from 16 to 12, and in changing the legal definition of small all-terrain vehicles (ATV) to increase engine power.