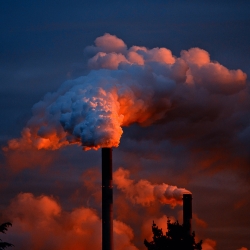 Walker’s order came after the Obama Administration’s rules to sharply reduce carbon emissions from power plants were put on hold last week by the U.S. Supreme Court. The rules, which were announced last August, would require Wisconsin power plants to cut carbon emissions by 34 percent from 2012 levels by 2030.

Environmental groups support the rules as a means of addressing global warming and reducing respiratory and other health problems.

Walker’s decision to delay state work to implement the rules drew praise from Wisconsin Manufacturers & Commerce (WMC), the state’s largest business organization, and Americans for Prosperity (AFP), a rightwing electioneering group founded and funded by billionaire brothers Charles and David Koch. Together, the two groups have secretly raised and spent more than $14 million on outside electioneering activities to help keep Walker in office.

WMC and Americans for Prosperity said in statements – here and here – that the rules would hurt Wisconsin’s economy by increasing residential and commercial energy costs.

WMC, which is a top spender on legislative and statewide elections in order to influence state policy and spending, secretly raised and spent an estimated $9.5 million to help elect Walker in 2010, 2012 and 2014. Americans for Prosperity, which was created to back conservative and Republican causes and candidates around the country, doled out an estimated $4.8 million in 2012 and 2014 to back Walker.

In addition to outside spending, Walker accepted $38.1 million in direct campaign contributions between January 2009 and June 2015 from special interests represented by WMC, which boasts 3,500 member businesses that hail from the energy, manufacturing, insurance, health care, transportation, construction, real estate, banking, tourism, and agriculture sectors, among others.