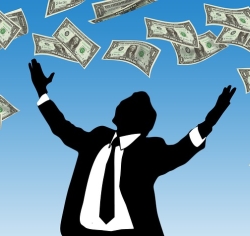 Bradley and Kloppenburg face off in next week’s April 5 spring election for a 10-year term on the Supreme Court.

The latest campaign finance reports, and a previous fundraising and spending report, show Bradley’s top individual donors between Jan. 1 and March 21 were:

Fabick, and his wife, Renee, contributed about $313,100 mostly to Republican candidates for statewide office and the legislature between January 1995 and December 2015. Topping the list of contributions from the Fabicks were Republican Gov. Scott Walker, $80,700, and GOP Lt. Gov. Rebecca Kleefisch, $37,500.

Between January 1995 and December 2015, Hendricks contributed more than $644,000 to Republican candidates for statewide office and the legislature – substantially more than any other individual. The top recipients of contributions from Hendricks were Walker, $529,100, former Attorney General J.B. Van Hollen $12,400, and Kleefisch, $11,000.

In addition to the partisan individual contributors, the state Republican Party made in-kind contributions totaling nearly $41,900 to Bradley’s campaign between Jan. 1 and March 21.

Kloppenburg’s top donors between Jan. 1 and March 21 were:

Abele, and his wife, Miriam, contributed about $141,000 between January 2000 and December 2015 to legislative and statewide candidates and fundraising committees, and all but $2,000 went to Democrats. Top recipients of the couple’s contributions were Doyle, $40,000, former candidate for governor Mary Burke, $20,000, and the State Senate Democratic Committee, $16,000.

In addition to the partisan individual contributors, Kloppenburg’s campaign received nearly $55,000 in political action committee contributions from teachers unions, which are traditional backers of Democratic candidates.

UPDATE:  An additional, special report filed March 30 by the Bradley campaign identified an additional top donor, Robert Greenheck, of Weston, Wis., an executive with Greenheck Fan, contributed $10,000 to Bradley's campaign on March 22.  Greenheck contributed nearly $40,500 between January 1995 and December 2015 - all to Republican legislative and statewide candidates.  Topping his list of recipients were Walker, $13,750, Attorney General Brad Schimel, $5,000, and Sen. Jerry Petrowski, of Marathon, $4,100.