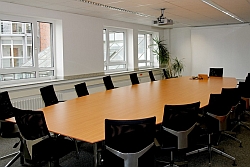 The GOP-controlled legislature and Walker created the elections commission and the partisan Wisconsin Ethics Commission late last year after frequent accusations that the GAB treated Republicans unfairly. Walker and GOP legislators also condemned the GAB for its role in the John Doe II probe, which investigated coordination between outside electioneering by special interest groups and Walker’s campaign in 2011 and 2012.

The members of both commissions are made up of three Republicans and three Democrats.

The Elections Commission members, who will serve five-year terms, and the campaign contributions they made to legislative and partisan statewide candidates between January 2005 and December 2015 are:

Don Millis, of Sun Prairie, and his wife, Pam, contributed $8,600 to GOP legislative and statewide candidates, including $3,750 to Walker. Millis, an attorney, was appointed by GOP Senate Majority Leader Scott Fitzgerald;

Steve King, of Janesville, and his wife, Karen, contributed about $34,700 to GOP legislative and statewide candidates, including about $7,435 to Walker. King, a longtime Republican operative who now runs King Capital LLC, was appointed by GOP Assembly Speaker Robin Vos;

Mark Thomsen, of Brookfield, and his wife, Grace, contributed about $100,700 to Democratic legislative and statewide candidates. Thomsen, an attorney, was appointed by Democratic Assembly Minority Leader Peter Barca;

Gill, of Burlington, who was among the Republican nominees sent to Walker, has not made contributions to legislative or statewide candidates.

Glancey, of Sheboygan Falls, who was among the Democratic nominees sent to Walker, has not made contributions to legislative or statewide candidates. Her husband, Duane, contributed $200 to a Democratic Assembly candidate in 2014.