Share:
Former Wisconsin Supreme Court Justice David Prosser now bemoans the role of outside money in electing people to the high court. Prosser the Hypocrite on $$$ in Court Campaigns 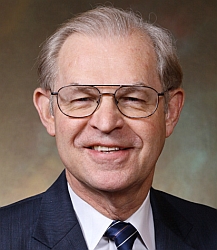 But when he was on the court, he benefited handsomely from that outside money, and then he voted to shut down the John Doe II investigation that involved some of the very groups that had spent millions promoting his own reelection.

Speaking on “Upfront with Mike Gousha” on Sunday, Prosser was asked how he felt about all the money it takes to run for a seat on the court. “I’m quite uncomfortable” with it, he said. “Elections need to change.” He traced the problem back to the 1990s when he said some people wanted “utter predictability” from partisan nominees so they “started to pour money on behalf of candidates that they were certain they knew how they were going to vote.” Both sides do this, he said, adding, “It’s a mistake.”

According to the estimates of the Wisconsin Democracy Campaign, Wisconsin Manufacturers and Commerce spent $1,100,000 on advertising to support Prosser in his tight recall election in 2011. Wisconsin Club for Growth spent $500,000, and Citizens for a Strong America spent $1 million. All three groups were reportedly subjects of the John Doe II investigation concerning illegal coordination between candidates and outside groups.

The special prosecutor in the John Doe II case, Francis Schmitz, also alleged that Prosser himself may have been illegally coordinating with some of these outside groups.

When Gousha asked Prosser on Sunday about what the solution was to the problem of campaign money, Prosser said: “I don’t know the exact answer.”