Share:
The state Senate approved and sent to the governor a bill on Wednesday that changes the longtime hiring process for 30,000 public sector jobs. The measure was backed by powerful business and conservative ideological groups that have spent millions of dollars since 2011 to help Republican lawmakers, who control the legislature, and GOP Gov. Scott Walker keep their jobs. Koch Brothers, WMC Back Bill Gutting Civil Service 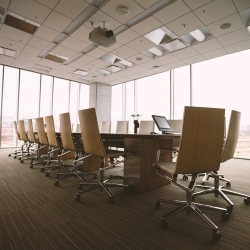 The measure, Assembly Bill 373, overhauls the state’s 110-year-old civil service hiring process by eliminating the requirement that job applicants take exams; shortening the process used by employees to appeal their discipline or dismissal by more than half; and prohibiting senior employees from avoiding termination by bumping less-senior workers from their jobs.

AB373, which was approved on a party line 19 to 14 vote in the Senate, was passed in October by the Assembly, and now goes to Walker, who supports it, for his signature.

Backers of the bill say the civil service process needed to be changed because it takes too long to hire and fire people. Opponents of the measure say the changes will hurt the quality of the state’s workforce by bringing political patronage and corruption back into the hiring of public employees.

The special interests behind the bill are generous backers of Republican legislators and Walker.

WMC boasts a membership of 3,500 businesses that represent more than a dozen special interests groups, like business, manufacturing, construction, energy, transportation, and health care. The special interests represented by WMC contributed $11.2 million to current Republican legislators and another $31.8 million to Walker between January 2011 and June 2015.

In addition to direct contributions, WMC and Americans for Prosperity, which does not directly contribute to candidates, are among the top special interest sponsors of outside electioneering activities. Together, the two groups spent an estimated $22.4 million between January 2010 and December 2015 to support Republicans or smear Democratic candidates for statewide offices and the legislature.