Share:
About 2.8 million Wisconsin residents – almost half the state’s population – will have little or no choice about who represents them in the Assembly or Senate on Election Day. The reason: Only one major party candidate will be on the ballot in their Assembly or Senate district. Redistricting Steals Choice from Wisconsin Voters 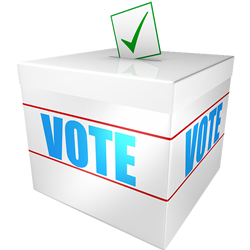 Legislative districts were redrawn in a highly partisan way after the 2010 U.S. Census by the GOP-controlled legislature and approved by Republican Gov. Scott Walker. The boundaries of the state’s 99 Assembly Districts were changed to each represent about 57,400, and the 33 Senate Districts about 172,300 residents each. The new legislative districts have been the subject of numerous federal court challenges that have been unsuccessful so far. A decision is pending in the latest federal court challenge late last month. Republican lawmakers control both houses with comfortable margins of 63 to 36 in the Assembly and 19 to 14 in the Senate.

In addition to redistricting, the state’s campaign finance laws have been decimated by numerous state and federal court decisions since 2010 that allow wealthy special interests to slather incumbents and candidates of their choice in targeted races with millions of dollars in outside electioneering support, in addition to large campaign contributions. As a result, fewer people are willing to risk running, knowing that they’ll have to raise a ton of money and that they may face sleazy attacks from dark money groups.

Legislative Races with No or Only Minor Party Opposition in November

*Revised after June 14 decision by the Government Accountability Board to rescind Democrat Brandon Jackson's ballot access in the 11th Assembly District following a challenge to his nomination papers. The decision on ballot access was later than that for other candidates because the filing deadline for this district had been pushed back five days.